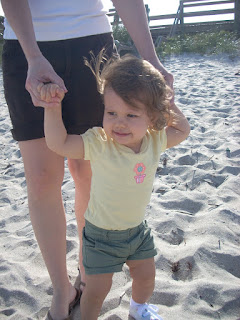 to our cold family and friends in the north. It's a sunny and warm February in Florida, so much so that when our air conditioner was on the fritz last weekend we had to head to the beach to cool off.

How adorable are these two? (but the wind sort of makes it look like Julia has a toupee. Insert Mike hair loss joke here...) 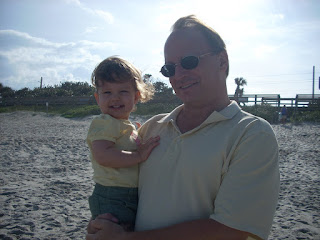 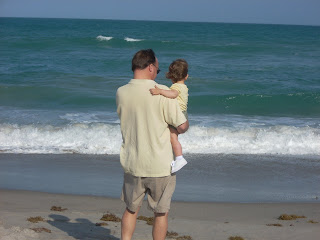 And I couldn't let February go by without a picture of my little Valentine. She was so cute in her Be Mine shirt and she took a little treat bag (filled with Gerber stars and tied with a red ribbon and heart tag) to her sweetie Landon. 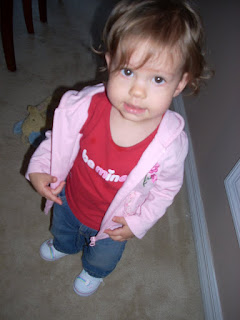 Posted by Carrie at 1:10 PM No comments:

Back by popular demand

Here it is. Another video of Julia, as requested by Philip and Aunt Lisa. It's the right way up, but there's not a whole lot of action. I just happened to have the camera nearby during lunch the other day. But what is key here is that she sings a little song, AND...... after some begging, she says MAMA! That's right. She's saying it now. Not a whole lot, but enough.

It's about time, I say. She's only been saying dada since July.

The meltdown at the end is because Julia wants to see the pictures of the "baby" on the back of the camera. I can hardly have the camera or my cell phone out because of this.

Next up, I'll try to capture some video of her dance moves. 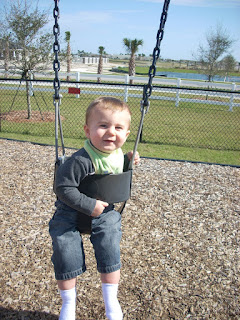 Check out this cutie! His name is Landon. He was Julia's first "playdate" if you remember from a waaay earlier post.
Now, she hangs out with him two days a week. I went back to work full time, and Landon's mommy, my friend Suzanne, is babysitting Julia on Thursday and Friday afternoons. It's just been a couple of times, but so far, it's going well. They both like goldfish crackers, bouncy balls and dancing. I'm also told Julia even tried to give him a kiss.... 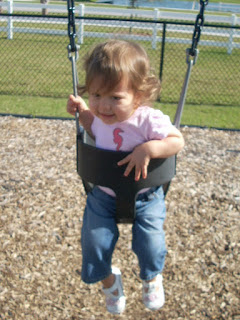